At least a few Central Florida contractors have warmed to the idea of permanent daylight saving time and getting an extra hour of daylight in the afternoon — even if it means working another dark hour in the morning.

The Sunshine Protection Act won support in the Legislature last month and was signed into law by the governor, but needs congressional approval to take effect. In a push for federal change, Sen. Marco Rubio, R-Florida, and Congressman Vern Buchanan, R-Sarasota, proposed legislation last month calling for daylight saving time to become the new standard, ending the semiannual changing of the clock.

“I would love to see it happen,” said Michael “Micky” Blackton, chief executive officer of construction supplier Blackton Inc. “I have a lot of big trucks I run every day delivering material. If they could just finish their jobs and get back in the daylight, instead of at night, that would be great.”

The time-tweaking proposal has a ways to go before it could become law but winners and losers are becoming apparent. The issue has been embraced more by business than by the country’s shrinking agricultural interests, said Michael Downing, who authored the book “Spring Forward: The Annual Madness of Daylight Saving Time.”

Parents and school groups have long urged the resetting clocks each Fall to reduce accidents during the predawn hours before the first bell rings. Yet even with the clock-changing rituals, high school students still await buses in the dark so that school buses can run a second shift for middle schoolers. Among other groups, retailers and recreational sports suppliers have pushed for longer afternoon hours of sunlight. And at least some contractors see improved workplace safety prospects.

“From Hurd Construction’s safety perspective the body’s natural circadian rhythm is immediately out of sync during those first several days after you’re forced to speed up the clock,” Hurd said. “This change in sleep habit means your body may have to adjust to this change, and this adjustment period increases the opportunity for injuries and accidents in the field.”

“I, personally, appreciate the longer daylight time,” said Ruffin Rhodes, principal with Rhodes+Brito Architects of Orlando. “It’s nice to get home within daylight hours. Our work is professional-services based and most of our clients have similar hours as us. So it’s not a big deal for us now. We will wait and see if there is any other significant impact.”

The United States has dabbled with time changes to conserve energy dating back decades. Along the way, the window for daylight saving time has stretched longer and longer. Following a four-week extension of daylight saving time in 2007, researchers found robberies decreased 7 percent. Whether it saves on energy consumption has been debated, according to an analysis of the Sunshine Protection Act and HB 1013 in the Florida Legislature.

Florida House Speaker Pro Temp Jeanette Nunez, R-Miami, initiated the house bill calling for the Sunshine Protection Act but it requires Congressional support. Federal law allows states to opt out of daylight saving time but not out of standard Time. The concept of year-round daylight saving time has gained momentum nationally in recent years with New England states studying proposals and the new push in Florida.

“We have heard from countless Floridians about the importance of maintaining daylight saving time, including benefits to our economy, public safety and health,” Nunez said. “I am confident that the Sunshine State will lead the growing movement across the nation in adopting DST year-round.”

Rubio said he introduced the federal proposal to make daylight saving time permanent across the country after seeing reports showing “substantial economic decline that comes every November when clocks move back.” Other benefits he noted include safer roads, fewer pedestrian fatalities, and inroads to reduce childhood obesity.

Christopher Emmanuel. the Florida Chamber of Commerce director of governance policy, said his group has reached out to members to gauge their position.

“The overwhelming feedback is that they want consistency with the rest of the country,” he said.

At Blackton’s construction-supply yards off Alden Road and U.S. Highway 441 in Orlando, working in the dark during the morning’s wee hours is part of the job.

“We open between 3:30 and 4 a.m.,” Blackton said. “By the time everyone gets in and gets their loads and routes, we get on the road at first light.”

At the other end of the day, he said it would be nice to occasionally play some golf after work. 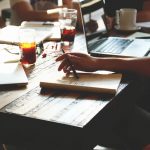 Marketing for Non-Marketers: Tips for Success